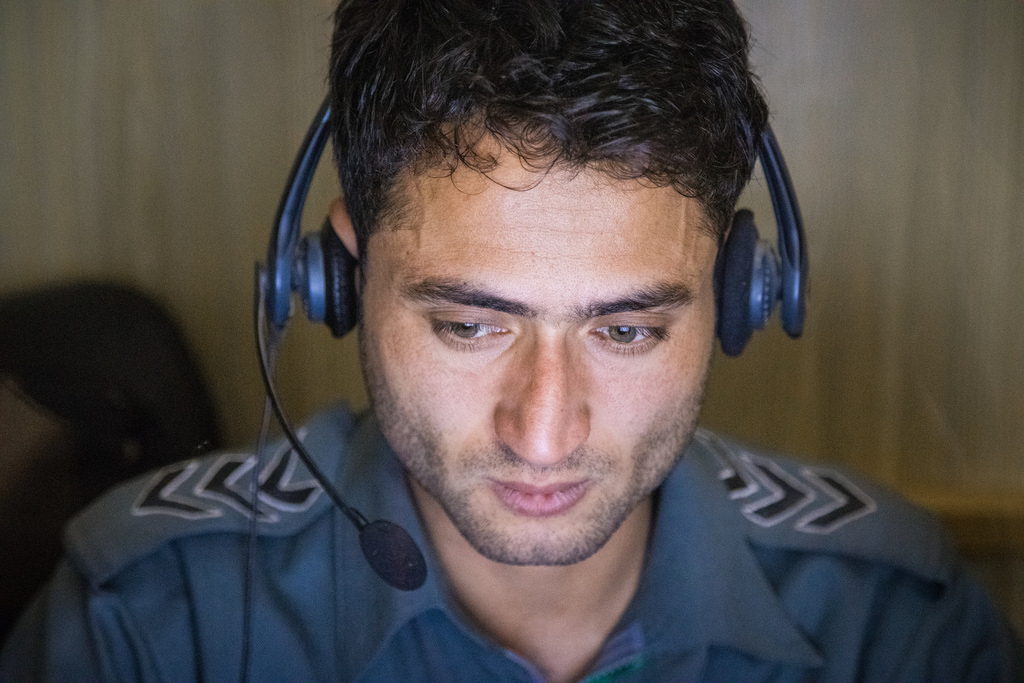 The 119 Information Center of the Minister of Interior Affairs was founded in 2009 in Kabul city. This information center was established with financial support from NATO, and it has 58 employees including 7 women. The 119 staff works 24 hours a day and 7 days a week for their citizens. This main goal of this information center is to give citizens an opportunity to report complaints of police misbehavior, corruption, and human rights violations, criminal and terrorist activity.  The 119 information activities were extended in five major provinces (Kandahar, Helmand, Nangarhar, Herat, and Balkh) in 2013.

From the establishment of this information center until now more and more people are calling and day by day it is extending. When the calls are recorded the complaints are reported for real action and operations, for example: phone calls with information about terrorists and suspicious activities are report to the response section to prevent attacks.

In 2013, with the help of the public, the 119 information prevented many dangerous attacks against people and property.  In this year the national police avoided and disabled 173 mines. And also 15 suicide vests were discovered and 20 suicide attackers were arrested as they were trying to kill the people. These are the major achievements of this center.

The 119 information center plays an important role with respect to fighting crime. During 2013 this center led to the arrest of 32 persons for home invasions, 19 persons for vehicle theft, 29 murderers and 7 for kidnapping.